eigoMANGA is pleased to announce that the company will publish a manga-influenced comic book with NBA point guard for the Sacramento Kings, De'Aaron Fox.

Together, eigoMANGA, De'Aaron Fox, and his agency Family First Sports Firm will create and publish the comic book "Swipa The Fox". The comic is written by Natashia McGough Clarke (EdD) and Nnamdi Ikeakor. The artwork is produced by Harrier Studio.

The story starts off with De'Aaron partnering with a video game company to develop his first basketball video game. He wears an experimental motion capture suit and a VR head-set to play-test the game. While playing, an accident causes him to transport into the game. He has to harness all of his world-class basketball skills to play his way out of the digital game and return to the real world.

Conversely, the video game's version of De'Aaron has switched bodies with the real De'Aaron Fox; he is living lavishly in the real world unbeknownst to De'Aaron's family, friends, and teammates.

"Swipa The Fox" aims to delve into a fascinating story that combines basketball and artificial intelligence. Through many twists and turns, the reader goes on a journey with De'Aaron and follows his efforts to return back to the real world and in turn, send his video game counterpart back into the digital game. This is a story of strength, warring wits, self-discovery, and the battle between artificial intelligence and the human spirit.

The first installment of "Swipa The Fox" is slated to be released in the Summer of 2021. 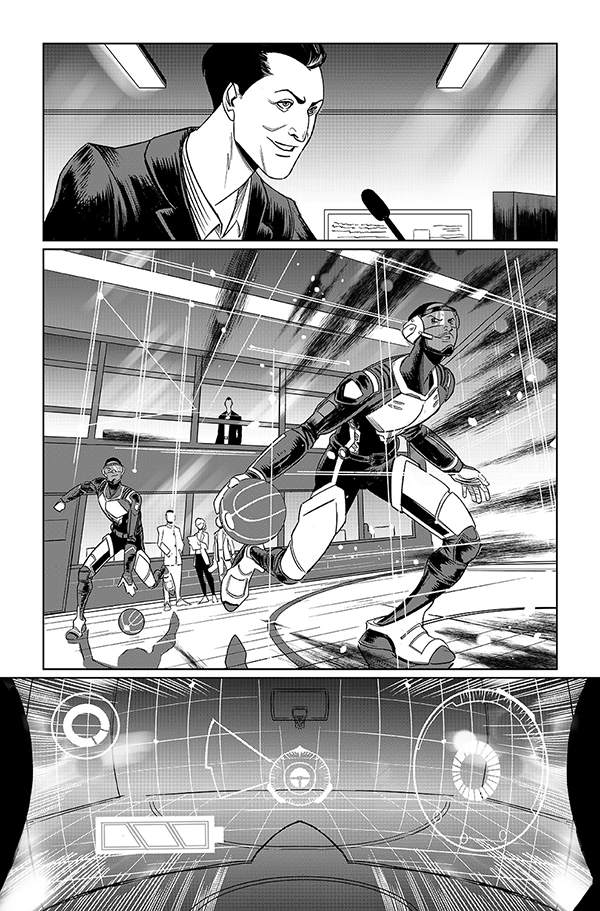 eigoMANGA is a production and publishing company that specializes in creating original comic books, animation, and digital media.

[This article was originally posted in The Hollywood Reporter] Nigeria's Comic Republic, Africa's largest publisher of independent comic books, has signed a production deal with Emagine Content and JackieBoy Entertainment to adapt its catalog of A...

Ayodele Elegba, publisher of Spoof Comics is fondly known as the Dreammaker among Nigeria’s comic/animation industry insiders is a seasoned veteran in the Nigerian comic and animation industry. He began his comics career as a writer in 1999 after a...

To share this ebook, please copy this url and send to your friends.